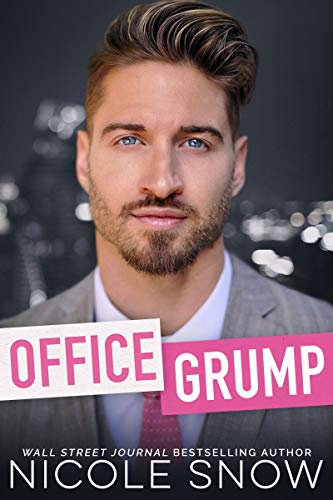 Wall Street Journal bestselling author Nicole Snow returns with a fierce and hilarious office romance where two sworn enemies make undeniable lovers.My “interview” with bosshole supreme was anything but normal.He picked the worst day ever to chase me off my favorite park bench.I retaliated with a spray of cinnamon latte all over his Italian shoes.Then—for some unholy reason—Magnus Heron offered me a job.Even his name sounds like a piece of work.Guess what? He is.But when you're single, broke, and barely surviving in Chicago, you hop on the gift horse offering a six-figure salary and ride.I picked the stallion on a one-way trip to hell.It's not the impossibly long hours working under Grump-zilla.It's not the fact that he's snarly, demanding, horribly rich, and chiseled.It's not even the pesky way he makes me blush every flipping time we're together.Mag is my boss. I'm his lowly assistant. Some rules are carved in stone.That's my mantra until we're sharing a sunset too beautiful for life.Alone with wandering lips, whispered secrets, and disaster in the making.The plan was simple: punch the clock, get paid, and keep hating my boss.What's the blueprint when the office grump brings me to my knees?Full-length enemies-to-lovers romance with the banter, intrigue, and slow-burn love worthy of a Happily Ever After. The bossman from Hades meets the hellion he totally can't stand—until he can't live without her.